A new Oakley Greenwood report has found that the majority of customers in South Australia are not interested in paying more for higher levels of electricity supply reliability. The report quantified Australian customers’ willingness to pay for additional reliability in their electricity supply, and their willingness to subsidise improvements in areas that receive materially lower levels of supply reliability.  The study was undertaken by Lance Hoch and Rohan Harris for ESCOSA as part of its review of the service standards that apply to SA Power Networks.  Surveys were undertaken with 1,000 residential and 313 business customers drawn from the Adelaide metropolitan area and other regional centres, rural areas, and areas served by feeders where the number of minutes off supply has been twice the level targeted in the Electricity Distribution Code for two consecutive years (referred to as low reliability distribution feeders or LRDFs).

The survey instrument that Lance and Rohan developed – with input from the Wallis Consulting Group who also administered the survey – used a Contingent Valuation approach for building demand curves for reliability.  These demand curves allowed us to quantify:

The report noted that a decision to fund these reliability improvements would have equity effects as it would require all customers – and not just those who were willing to do so – to pay for them.  These equity questions are matters of policy and regulatory judgement rather than economic efficiency.

The report was used by ESCOSA in reaching its recently published draft decision on the standards that will apply to a number of aspects of SA Power Networks’ service.  Information on ESCOSA’s review can be found at www.escosa.sa.gov.au/projects-and-publications/projects/electricity/sa-power-networks-2020-reliability-standards-review.  The Draft Decision and Oakley Greenwood’s report can be accessed by clicking on the label entitled ‘Draft – 2 Aug’ in the Publications area at the bottom of ESCOSA webpage. ESCOSA is accepting submissions on the Draft Decision until 14 September. 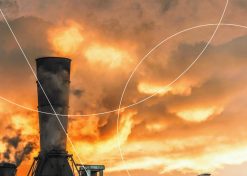 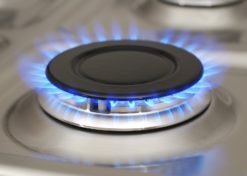 Jim Snow is to give expert witness evidence on the afternoon of Monday 4 October 2021 to the APA Western Outer Ring Main Gas Pipeline Project Inquiry related to the transition to a Net Zero emissions energy market. Read more here.